No one expects to walk into a room, only to find that it is filled with stinky sewer odor. If your sewer is not properly maintained, though, this has been known to happen. Especially during poor weather conditions, which can lead to your main lines being overloaded and backwater flooding into your household.

Sewer backups are also known to happen if things like grease, excess waste, or even tree roots plug up the line that is running into your household. It is important to avoid pouring grease and other caustic substances down your drain.

Regardless of what the cause is, however, here are a few ways to prevent sewer backups and basement flooding in the future:

You shouldn’t have to worry about your basement flooding. Give the plumbing experts at T.Webber a call today!

Tips From the Experts 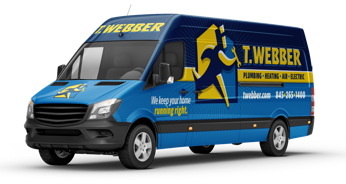